SHEBOYGAN, Wis. – The city of Sheboygan’s Plan Commission approved a conditional use permit for Kohler Co. to move forward with development of its new golf course along Lake Michigan.

But before the permit can take effect, all pending lawsuits affecting the construction of the course must be closed in Kohler’s favor.

“The asset to the community will be tremendous, but the ball is still in Kohler’s court to take care of the lawsuits that are still pending,” said Alderperson Jim Bohren.

Nine people gave public comments at the meeting. Additional written comments were submitted beforehand by people who didn’t wish to or couldn’t attend the meeting because of the coronavirus.

Most of those who spoke in opposition were people who lived near the proposed course in the town of Wilson or the Black River area. Their concerns largely connected to environmental issues that could result from the course, such as pesticide or other chemical runoff into Lake Michigan.

Leslie Freehill, who appeared on behalf of the Friends of the Black River Forest, said there is no reason to rush to approve the conditional use permit now since Kohler can’t even start construction yet.

A Kohler representative said they wish to get the permit approved now so they can begin construction as soon as the lawsuits are dealt with and not delay the project more.

The Friends of the Black River Forest have been in a legal battle with Kohler and the state over the development of the course for over two-and-a-half years.

The representative for Kohler called the timing for developing this course “ideal” since all eyes from the golf world will be on Sheboygan County in September for the Ryder Cup at Whistling Straits.

Kohler estimates the course will bring $1.3 million in tax revenue annually — $300,000 of which would go to the city of Sheboygan — and create roughly 200 jobs.

Kohler said its existing golf courses in the county are considered world-class golf destinations, and this would create another world-class course, but this time in the actual borders of the city of Sheboygan, helping to enhance its reputation. 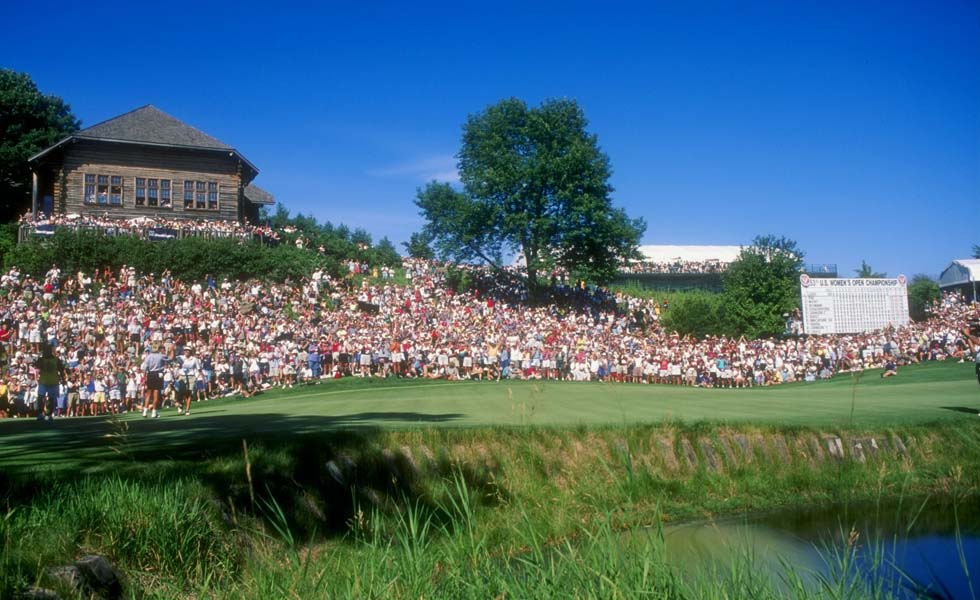 Town of Wilson resident Erik Thelen said Kohler is using outdated maps that don’t account for the current ordinary high-water mark and might need to add revetments in the future to control water levels.

Kohler’s representative said the integrity of the course design and public access to the beach could still be maintained, even with the high water levels. The intent of the design, he said, is to utilize the natural aesthetic of the water and dunes in the area.

Since the initial planning started in 2014, there have been over 20 hearings and forums where the public made comments, said Steve Sokolowski from the city’s planning department. He said Kohler worked to address some of the concerns.

For example, the proposed course will no longer use a high-capacity well, which some worried could dry up nearby wells at residences. Instead, the course will connect to the city’s water.

Access to the course will be through the Kohler-Andrae State Park entrance on Beach Park Lane off County Highway V. Seven entrance options were reviewed, Sokolowski explained, and this one offers minimal effects on neighbors and the environment.

Kohler plans to preserve over 230 acres for protected greenspace on the property, but will need to remove over 50 percent of the woodlands.

The proposed course includes a multilevel clubhouse with a pro shop, restaurant, bar and banquet room capable of hosting indoor and outdoor events, including weddings. An observation tower overlooking the lake may be added next to the clubhouse.

The best golf courses you can play in Wisconsin: Golfweek’s Best

Rory McIlroy WITB: What clubs does the four-time major champion use?

Top 5 courses with a casino in Australia and the US

6 hours ago 18 Under Par
We use cookies to ensure that we give you the best experience on our website. If you continue to use this site we will assume that you are happy with it.OkPrivacy policy