Forget Vegas or any other casino hotspots that also caters to golf. If seven is a lucky number, golfers would be more than lucky to find themselves in Michigan, because the Wolverine State is ranked No. 7 in the country for elite public-access courses, No. 7 for elite private courses and No. 7 for its share of top-100 on Golfweek’s Best Courses You Can Play.

That triple-seven ranking must be worth something on a Michigan casino slot machine, right? Especially for a surprising golf state that spends so much of the year blanketed by snow.

And by one significant metric for judging elite public-access golf courses and their designs, as compiled by Golfweek’s Best national panel of raters, Michigan is miles ahead of some popular sun-drenched destinations.

Golfweek ranks courses by compiling the average ratings – on a points basis of 1 to 10 – of its more than 750 raters to create several industry-leading lists of courses, including the popular Best Courses You Can Play list for courses that allow non-member tee times. These generally are defined as courses accessible to resort guests or regular daily-fee players.

By averaging the scores of the top five public-access courses in each state, Golfweek has compiled a list of the top states for ultra-elite golf. That list is led by a state that might be a surprise to some golfers: Oregon. But while Oregon tops the list based mostly on the strength of Bandon Dunes Golf Resort’s four ranked courses, Michigan offers a broader swath of great golf to finish in the No. 7 slot, just behind South Carolina and one ahead of Hawaii.

Other northern states also fare well on this elite list, with Wisconsin No. 2 in the country and Minnesota No. 16. The golf seasons might not run all year along the Canadian border, but the summers can be glorious on some of the best courses in the country.

Arcadia Bluffs’ Bluffs course, in Arcadia on the eastern shores of Lake Michigan, tops the list of Golfweek’s Best Courses You Can Play list in Michigan. The course, built by Rick Smith and Warren Henderson, opened in 1999 with rolling terrain and fescue grass, two of the commonalities found in so many of Golfweek’s top-ranked courses because they help keep a golf ball rolling. The Bluffs course also ranks No. 53 on Golfweek’s Best list of modern courses built in or after 1960 in the United States. The resort’s newer South Course also is a must-play and ranks No. 7 (there’s that number again) for public-access courses in the state.

The great golf stretches all the way to the Upper Peninsula and Marquette’s Greywalls course, which is No. 2 among Michigan’s public-access courses and No. 83 on Golfweek’s Best modern list. The Mike DeVries design opened in 2005 and features giant granite outcroppings and views of Lake Superior.

Rounding out the top three for public-access courses in Michigan is the Loop at Forest Dunes in Roscommon, an exceedingly clever, reversible layout by Tom Doak that opened in 2016. The Loop has 18 greens and two routings, the Red running counter-clockwise one day and the Black running clockwise the next. Forest Dunes also features its original namesake course built by Tom Weiskopf that ranks No. 4 in the state on Golfweek’s Best Courses You Can Play list.

Michigan also is tied for No. 7 among all states for the most courses on the Top 100 Golfweek’s Best Courses You Can Play list for the entire U.S. Arcadia Bluff’s Bluffs course, Greywalls, the Loop and Forest Dunes each show up on that list, giving Michigan a numerical representation equal to Hawaii, Virginia and Washington on the list topped by California’s 10 courses. 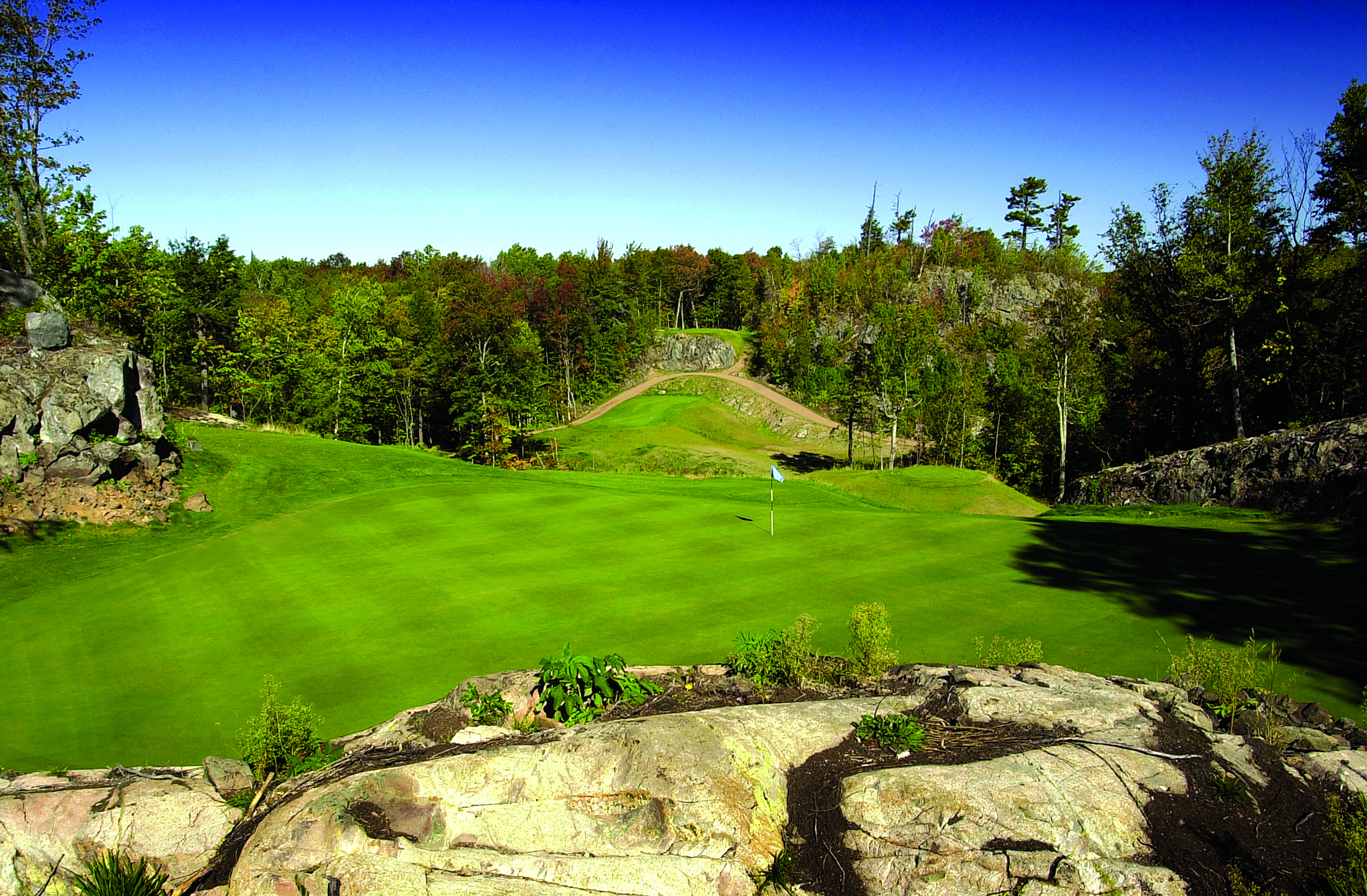 Michigan’s private courses are not to be left out, either. The state ranks No. 7 in Golfweek’s comparison of top-5 elite private courses for each state with an average rating of 7.77 (sensing a theme?). New York is No. 1 on that list with an average of 8.82, but Michigan leads private-golf stalwarts such as Ohio, Massachusetts and Florida. Michigan’s top five to earn that average rating are Crystal Downs, Oakland Hill’s South, Kingsley Club, Dunes Club and Franklin Hills.

It’s all a testament to a diverse landscape that is perfectly suited to golf. And in a state with a golf season that runs roughly seven (again!) months, there are plenty of great options to satisfy any golfer.

Golfweek’s Best Courses You Can Play 2020 in Michigan 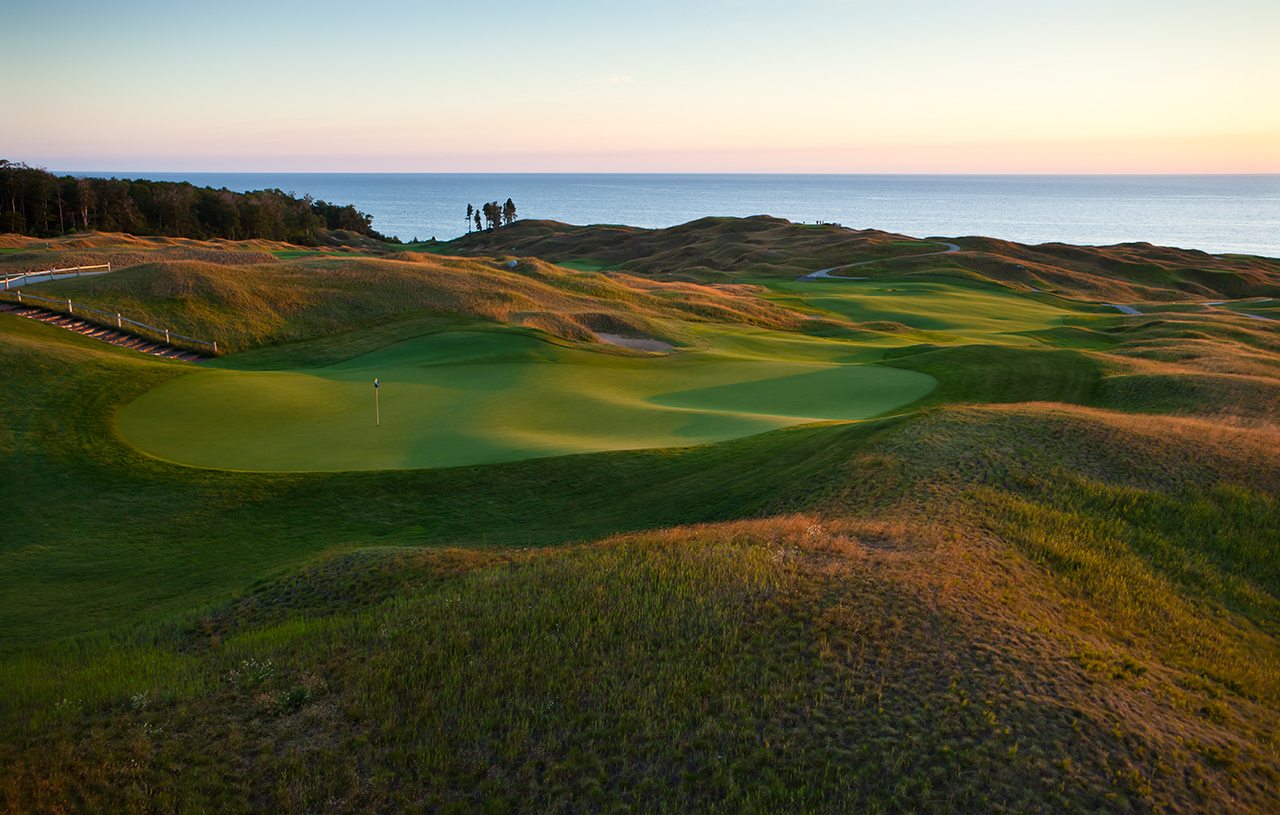 How we rate them

Ryder Cup controversy: ‘Players resented the Europeans joining – but without them it wouldn’t exist’

An Undefeated System: Paul Azinger and the 2008 Ryder Cup

Quiz: Golfers to reach No 1 in the women’s world rankings

7 hours ago 18 Under Par
We use cookies to ensure that we give you the best experience on our website. If you continue to use this site we will assume that you are happy with it.OkPrivacy policy