Cowan-Dewar, now the CEO of Cabot, then spread out of Canada by breaking ground last year on a new Coore-Crenshaw course in the Caribbean, Cabot St. Lucia. That course is still under construction, and sales of stunning coastal homesites there has begun.

Now Cowan-Dewar has turned some of his focus back to Canada with the announcement that Whitman and his new company – Whitman, Axland & Cutten – will build a course named Cabot Revelstoke in the Monashee and Selkirk mountain ranges near the city of Revelstoke in British Columbia in western Canada.

Revelstoke already is famed as a ski destination and is home to Revelstoke Mountain Resort. There are several courses nearby, and the golf bona fides surely will increase with the introduction of Cabot Revelstoke.

“It’s a mountain course, certainly,” Whitman said of his planned layout for which ground clearing began in October. “We’ve had the plans on the books for a couple years now, going through the permitting processes. It’s a very nice piece of property to build a course.”

The city of Revelstoke sits at an elevation of 1,575 feet above sea level alongside the Columbia River, and Whitman said the scenery is stunning. His biggest challenge is making a golf course that surpasses its surroundings – which include creeks, old-growth forests and rocky outcroppings – without overdoing it with elevation changes.

“I want to make sure the golf is first and foremost and the scenery is second, but when you have both, it’s a pretty good mix,” said Whitman, who has worked with Bill Coore and Pete Dye and who has built 10 courses himself. “Being in the mountains, you’re always worried about too much elevation change, and here I think we have a nice mix of elevation changes but not too much. In fact, I think you’ll be able to walk the golf course, which would be something to say for a mountain course.

“But there’s enough elevation change, there’s going to be a few holes out there that will be really spectacular.” 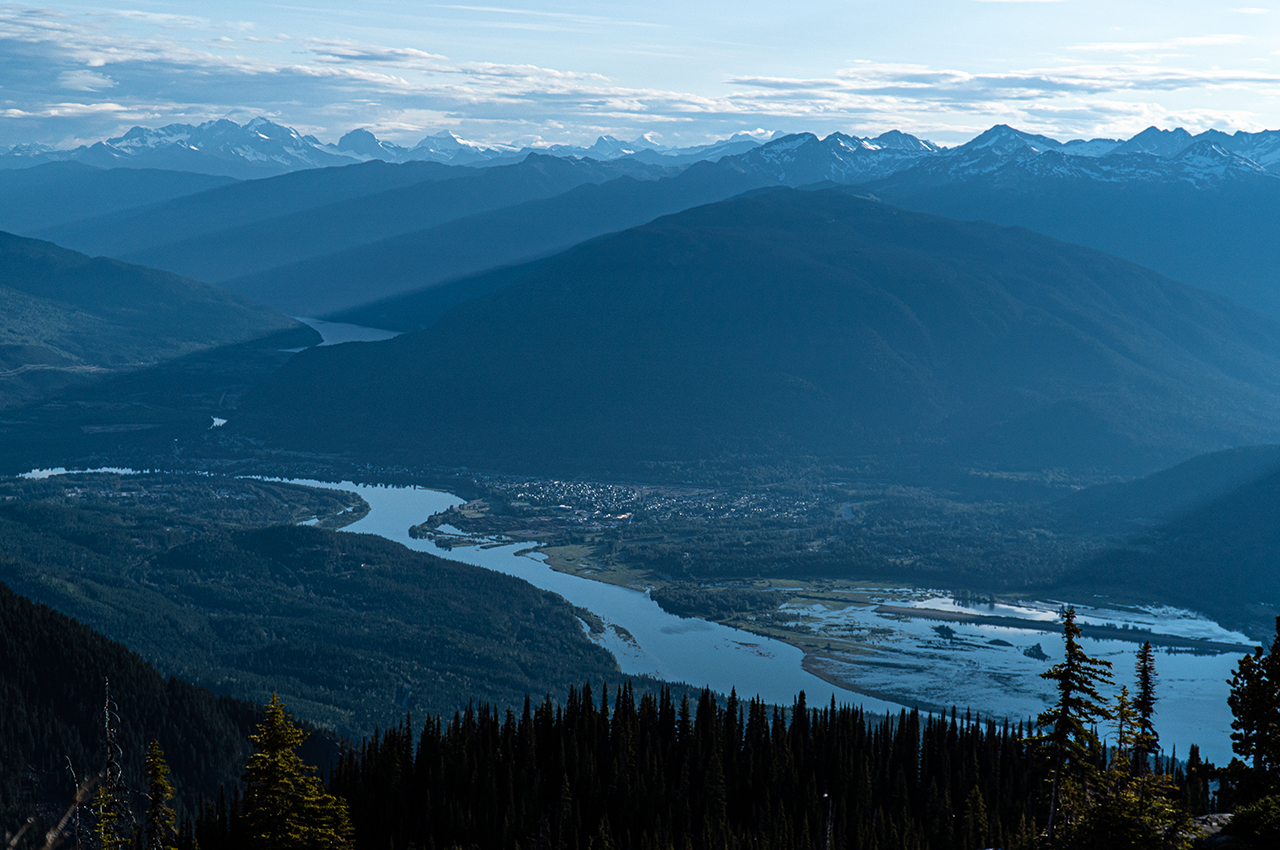 The city of Revelstoke on the Columbia River in British Columbia, Canada (Courtesy of Cabot Revelstoke)

Whitman said there are natural benches coming off the mountainside where the course will be built, allowing playable terrain for several holes on each bench.

“I would say there will be several hundred feet of elevation change spread out over a good distance, not going straight up a hill,” said the native of Alberta, Canada. “The Columbia River runs through this valley, and we’re not right on the river, but you’ll be able to see it from some of the golf course. Combined with the mountains, that will be pretty cool.”

The site will be cleared this winter, and actual course construction should begin in the spring with completion planned for 2023. There also will be a new Lodge at Cabot Revelstoke situated at the base of Mount Mackenzie, just steps away from the gondola and overlooking the first tee, with approximately 150 rooms. Cabot also expects to offer fewer than 50 homesites.

Witnessing history: How Tiger rallied to win the 2019 Masters | Golf on ESPN

3 hours ago 18 Under Par
We use cookies to ensure that we give you the best experience on our website. If you continue to use this site we will assume that you are happy with it.OkPrivacy policy